I’m not even doing the whole ‘if you don’t look for it, it will come’ thing. I’m actually happily single.

I don’t even mind those smug couples hanging about as the ‘summer’ comes to an end. Even when a guy I was texting suddenly stopped replying to my messages I was like, oh well.

Whilst out with my friend the other night and she was telling me how she misses the single life; doing what you want, when you want, how you want etc etc. And how she was happy for me being happily single – then started talking about how much she loves her boyfriend. And for the first time I was like “Aww, this is too cute” (NB: I may get bored of this and ask for the sick bucket)

Why am I suddenly happy with my single status you ask?

A couple of weeks ago I wrote about how much I would like [not want] to have someone to share things with and have an automatic plus one. I still wouldn’t mind that but I am an independent woman (cue: Destiny’s Child) and don’t need someone by my side.

Well, I read an article by Lily about letting go of the past and getting rid of your demons. Basically, moving on. So I wrote a letter. I wrote a letter to myself, and to some of the guys (mainly one) who had messed me about throughout my dating experience. Obviously, I didn’t send them. That would be very silly of me indeed, and also slightly sad. 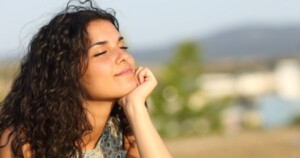 I know where I went wrong and how I allowed things to happen. But I also realise that it’s isn’t just my fault when things go tit’s up. And I shouldn’t be so hard on myself when people mess me around.

I should be, and am, happily single… For now anyway … Happily Single… For Real!!

Bellas Dating Woes
I'm 24, live in Yorkshire and live with my best friend and #SWEXPERT Haylee!
I'm currently 'shopping' online for my prince and so far haven't found him - you will hear some of the tales of my journey along the way. I love cocktails and a good 'ld pint and am trying to limit my alcohol intake on said dates...