Do Relationships Make Us Codependent?

Do Relationships Make Us Codependent?

Why Are Many People Codependent?

I’ve read that those of us that might be easily overtaken by a codependent relationship are those who have low self-esteem, be overly compliant to those around them, or those in denial of what the relationship really is. 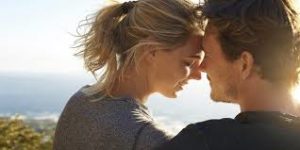 Is being codependent in your relationship really that bad?

How Can You Go From Being Codependent To Independent?

I know that this may sound funny but most of the articles I have read on codependency use the analogy of “taking baby steps”.  Like an infant developing into a child and then eventually into an adult.  Going from being totally codependent on their mother and father to being more independent as they grow into an adult.

Being in a codependent relationship is obviously not an ideal relationship to be in, but realising it is the first step in finding your independence again.  Thanks for reading and date smart!

Lily
I am a friendly, yet maybe a little shy at times divorced mother of two.I don't really like to write about either.. but more of my adventures in life and trying to find love again.You can follow my blog at http://singlecanadiangirl.wordpress.com/ or on twitter @SingleCGirl