Is The Commitment-phobe Suffering Too?

Whenever someone is hurt by another person’s behaviour, they believe that they will feel better knowing that the other person is hurting too because it’s a pretty painful feeling when you have been hurt by someone and they aren’t suffering as well. For many, the injustice of it is just too much to bear.

Have you ever been left broken hearted by a commitment-phobe? Take a look at what @LifeByteStory has to say about their side of the story here! 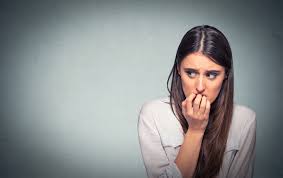 Being scared of commitment is common, but often more trouble than it’s worth…

The answer to the original question is that many commitment-phobes do feel guilty as they are aware that they are disappointing people, but this guilt is not great enough to stop them from avoiding commitment as the pain of committing to someone outweighs the guilt that they feel. In addition to this, many commitment-phobes reduce the guilt that they feel by making excuses (often totally crazy & irrational) to their partner and themselves, so that they can feel better about themselves and continue to avoid commitment as they have managed to find a “justification” for their behaviour. What I would say to anyone who is questioning whether commitment-phobes feel guilty is this…

“Whether a commitment-phobe feels guilty or not does not change the fact that you are hurting. Stop asking whether they are hurting (though the experiencing of guilt) and start asking why you are choosing to stay with someone who is behaving in a way that results in you feeling unloved and rejected every day. Everyone deserves to be in a relationship where they feel loved and if you aren’t then it’s time to ask yourself some questions about your definition of a healthy relationship and what prevents you from leaving this relationship and finding someone who makes you feel loved and wanted.”

Every person who waits around for a commitment-phobe to change has self-esteem issues, as those with healthy levels of self-esteem would not choose to stay in a painful situation. Those who are in a relationship with a commitment-phobe are people of worth, they just don’t realise it and the longer they stay in this damaging relationship, the worse they will feel.  The day that they decide to leave the relationship is the day that they can stop the daily damage and start working on healing themselves ready for a healthy & loving relationship.

Breakup Mermaid
Emma is a breakup coach and psychology teacher, who specialises in helping people either recover from a breakup or find a way to break free from an unhappy relationship.