Online Dating Outside The Box By @DoomedSingleB 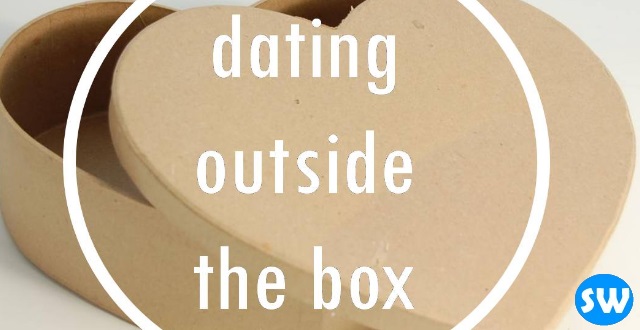 Online Dating Outside The Box By @DoomedSingleB

Confession: I have a love/hate relationship with OkCupid.  At least that’s how I described my experience with the popular online dating website.  I’m on my third go-round and I have to say there is some truth to the whole “third times a charm” saying.  I’m not being inundated with messages from men who are either unattractive or lack the ability to spell.  I’m a fan of complete sentences and the last time I checked “2” is not an acceptable substitute for to.  I hate that sh*t!  What online dating does give us is the unique opportunity to cast a wider net in the dating pool.  You should be using this to your advantage!  There are how many people walking the earth?  Lots.  Why would you limit yourself to olive skin men over 6ft. with brown hair and blue eyes?  Boring.

My New Game Plan: Online Dating Outside The Box

With my game plan in place I’ve decided that if a man has so-so pictures but a profile that I like I’m going to give him a chance.

From my experience I’ve come across men who have about four or five photos and in some I’m like, “okay he’s not too bad” and in others I’m like, “huh, that’s the same dude?!”  It’s confusing to say the least.  That’s why you should factor in what he’s doing in the photo.  Is he white water rafting, playing music or is he on vacation? If so, give him some cool points.  Is he half naked in a setting that doesn’t call for half nakedness?  If he falls into this category quickly deduct as many points as are warranted.

Online dating profiles fall into two categories.  The novel & the incomplete sentence.  For me, a good profile is a balance of the two.  He hasn’t written a novel.  Novel profiles consist of paragraph after paragraph of nothing all that captivating.  I’m turned off by men who list what they aren’t looking for which can range anywhere from kids to weight.  Here’s a bit of advice – as long as you know what you are and aren’t looking for, then there is no need to communicate that in your profile.  You sound like an *sshole if you do.  On the flip side, you have the men who couldn’t be bothered to put a few sentences together.  The, if you want to know than ask is not enough.  Newsflash, you haven’t told me anything about you, so how can I possibly know where to start?  You’ve got to give just enough information to pique interest but so much as to bore potential interests away.

“In its purest form, dating is auditioning for mating and auditioning means we may or may not get the part” -Joy Browne. I washed my hair, painted my nails & drove through torrential downpour and hail to meet a man who I will not be seeing for a second time.  I walk into the coffee shop, see him, think to myself he looks exactly like his photo and immediately pick up on the fact that he’s not masculine enough for me.  Then my gaydar goes off.  I totally have nothing against men who like men but I’m a woman.  We sit down and have an okay chat.  Over the course of our conversation I realize that he’s an atheist & lives two blocks from the coffee shop we’re at.  I don’t think you can get much more out of the box then that considering I’m a Christian & live about forty minutes from said coffee shop.  It’s called dating outside of the box because you’re opening yourself up to the unexpected.  Like finding out about some really interesting documentaries!

I read, “In its purest form, dating is auditioning for mating and auditioning means we may or may not get the part” -Joy Browne

For my sisters in singledom look at it this way – for us, the auditioning process continues.  It’s not so bad actually.  It’s been months since I’ve been on a date so I’m a little rusty.  Think of meeting a dud as practice.  You can work through things like your awkwardness, conversation skills & the ability to meet a man and take it for nothing more than just having met a nice man.  So when it’s the right one you’ll have addressed that nervous tick, communicate like a pro & when the butterflies show up you’ll have earned every flutter.  Go out, practice, audition and remember if you aren’t online dating outside the box you’re not taking full advantage of what could be.  Don’t forget to keep a smile on that pretty face, because you never know who’s eye you’re going to catch!  They say it happens when you least expect it…

PS – Who has two thumbs and a date set for this weekend?  This girl!  Stay in the know

Online dating can become a bit repetitive after a while, here are some tips to freshen up your online dating life