Get Over a Break Up Now Rather Than Later by @howcanufindlove 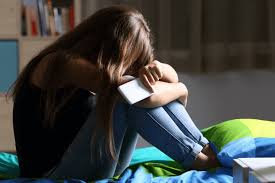 Get Over a Break Up Now Rather Than Later by @howcanufindlove

If you’re stuck in a dead-end relationship, then it’s probably time to end it once and for all. Though this is easy to say, it can be very hard to do in reality. The biggest problem is not usually how you get over a break up, but the breaking up itself. A lot of women find themselves losing their identities and becoming a mere crutch for their partners – nothing more than an automaton that responds to the man’s every need and whim. Unfortunately, quite a lot of women are in this situation and want to break free but don’t know how.

To Get Over, Break Up First

You first need to end the relationship before you can think about how to get over the break up. The first step here is to acknowledge your situation and face it head on. You may not be that automaton but if the symptoms are showing, then it’s only a matter of time before you lose your entire idea of ‘self’ and start existing purely for your partner; this is neither healthy for you, nor for him, although you may not realise that until much later.

Here are some of the signs that things need to end:

You’ve already started thinking about how to find the guy for you when you’re with your partner.

If you’re experiencing any of these symptoms of separation, take the clue and break up; it’s far easier to get over a break up once you’ve taken the step. But if you don’t take that major step now, you will have no one else to blame down the road.

Break ups are never easy, check out @howcanufindlove’s post for some great advice!