What Is A Romantic Gesture? by @lbigfoot 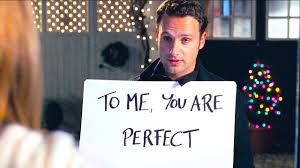 What Is A Romantic Gesture? by @lbigfoot

I once told someone that I am a romantic guy and full of romantic gestures. The guy looked at me and asked “what is a romantic gesture?” I looked at him to see if he was pulling my leg and I saw that he was perfectly serious. He had no idea. Of course, he had never had a real relationship. This is the same guy that I sold my Valentine idea to.

Do I know what a romantic gesture is?

I realized that I needed to give this guy an answer and I realized that I did not really have an answer for him. For the Jewish equivalent of Valentine’s Day, I had taken my girl for a day at a spa in the north of the country. I had flowers and chocolates sent to her apartment. I told him that. I also told him that I bring her flowers every Friday. He looked at me and said, “OK, the first time that was a romantic gesture but after that time it is now habit and she expects it.” The guy had a point. I thought I was being romantic with that, but maybe I am not. However, bringing her flowers unexpectedly may very well be better. Come to think of it, maybe I will send my girl a small bouquet now.

What else? Well, I told him that we sometimes go for a walk along the shore as a date. But come to think of it, we have not done that for a while. I will have to fix that.

Sometimes I text her while she is at work sending her a kiss emoticon. But I have found that if I do not text her, she complains that I did not miss her, so I am doomed. Kill Me Now!

And sometimes, I just come up to her while she is doing something and I kiss her gently on the back of her neck. So I guess, I do not know what is a romantic gesture.

Talking to my girlfriend one night, she went to her cupboard and brought back a packet filled with napkins (or serviettes). “Do you know what this is?” she asked me. Of course I did not. She opened it up. It was a petal from the first flower I gave her!

So I am probably not a romantic. I had to look it up.

A certain website mentioned seven romantic gestures that will make women swoon. Here they are:

Do I really know if these are right or not? Hell no, if I knew I would be a woman but I am quite happy being a man. Try them out.

Get out and date, my friends!

What is a romantic gesture? @lbigfoot discusses how to make your partner feel special