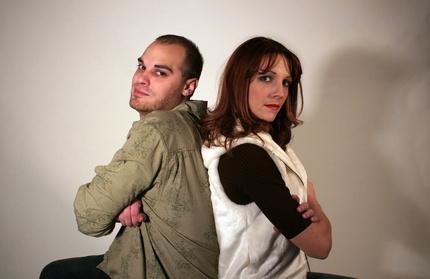 When dating, a lot of people have a check list of what they want in a partner. They also have dating deal breakers or red flags. Red flags can range from emotional unavailability to mom or dad issues that they never dealt with as a child or as an adult. Some of my friends have check lists so they can visualize their perfect mate in their minds. But do they actually work?

Too High Expectations For Dating

Knowing when someone will not fit the mate you are looking for is a great skill to have. Unfortunately, people tend to think that their mate will change whatever habits they have that annoy you. But, unfortunately, very few change and for the most part they do not agree with their mate about what needs to be fixed, changed, or thrown out. I have a friend who has a check list that has over a hundred items. I asked her why she thought she was still single, she said it was because her prince hadn’t arrived yet. I didn’t want to burst her bubble so I kept quiet. But the reality is the reason she is alone and single is because she is inventing someone who does not exist. I am pretty sure that the people who make these lists are either still single or narrowing down the list a bit to open up more possibilities in the dating world.

If everyone had a long check list of the things they do and do not want in a mate, I think there would be a lot of people single in this world. A lot of these check lists go as far as listing what they would want their mate’s hair color , eye color, and how tall they are. This is a total waste of time trying to match their list to a “T” and it is impossible for someone to match every little thing. My friend won’t date anyone under the height of 5’9. She refuses to date someone the same height as her, because she feels it would look weird. So because of her height restrictions she has cut out a lot of great men. Who cares if they are a little bit shorter than you! As long as you are happy, everyone should be happy for you.

Now there are some things that are OK to have on the check list, but, this list should be very short. For example, things like if they are divorced, if they have children and do they have a job is acceptable things to use as a deal breaker. The list should be small enough not to have to be written down, anything longer should be burned!! Just know that when it comes to dating anything is possible, but you can’t say there are no good men in this world when because of your check list you eliminated 80-90% of the population. If after six months of using this list you are still single I definitely recommend trying something new that does not involve any type of ranking, because these lists and ranks will not work successfully 99% of the time and imagine if the shoe was on the other foot. How would you like it if you liked someone a lot and they couldn’t like you because you didn’t have blonde hair, I do not think you would like that very much at all!

What are your dating deal breakers and checklists? Take a look at @ChristyWrites’ post to find out what she thinks about it all!