Put Your Phone Down by @singlegirlie 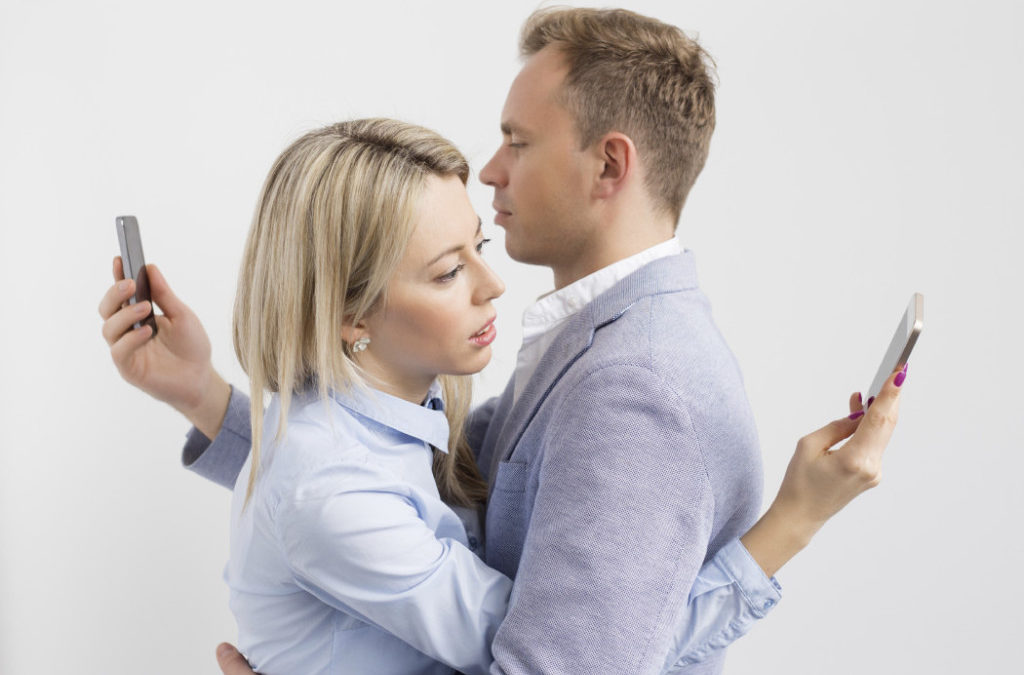 Put Your Phone Down by @singlegirlie

Most people understand that there are certain rules of dating etiquette one must follow. Be on time, don’t talk religion or politics, hold in your farts… Standard stuff. But there is one rule that I think should be common sense, yet many individuals just don’t seem to get:

Put Your Phone Down.

In fact, don’t even pick it up. Keep it in your purse or pocket or ass crack – whatever. I shouldn’t have to see your phone for the entire date.

Sometimes I’ll be on a date and immediately upon sitting down, the guy will place it on the table. It just sits there, taunting us both, like, “Heyyyy, I’m heeeeere! I could buzz or ring or vibrate at any time – just watch me!” It’s distracting.

I read one guy’s online dating profile that said if a woman answers her phone during the date, he will get up and leave. Pretty extreme, huh? I guess he really wants to make a point. Go big or go home, eh? Or in his case, both.

If you answer a call or text during our date, I think at least one of three things:

I understand that every now and then, there is an emergency. It would be courteous to let me know you are expecting a call from the hospital or your invalid child or something – all the while apologising profusely. And it better be good.

In other words, if you do answer your phone during our date, your conversation had better not sound anything like this:

“Hey dude, what’s up? Not much, just sitting here having a drink with a friend. You? What? No wayyyyyyy! Dude, that’s hilarious! Hahahahahahaha! Oh, man. He put his entire head in there? Crazy, man. So I talked to Jeff and he said we’re playing on Saturday. You down? Do me a favor, dude, don’t bring your chick. Because she talks too much – she’s like Jeanine from Spinal Tap. You know she is! OK, dude. Late.”

When I hear you having what is clearly a non-urgent telephone conversation right in front of me, this is the conversation I have in my head:

“Oh. My. God. What a rude fucking asshole! I can’t believe he answered his phone. Is that the doctor calling with important test results? No, it’s his fucking friend! He put his entire head in where? Omigod, he’s still talking. What am I supposed to do while I’m sitting here? I can’t just watch him talk, that’s weird. Fine, I’ll scope out the rest of the bar. Those onion rings look delic… Ooh! That guy’s hot. Wonder what he’s doing later…“

I mean, really. I deep conditioned my hair, squeezed into Spanx and waxed my upper lip for you. The least you can do is give me your undivided attention.

Has it really come to this – we’ve become so addicted to our phones that we must pounce on it the second it quivers or trills? How about you just let the call go to voice mail or read the text later and answer it at a more convenient time – say, when you aren’t in the midst of a pre-scheduled meeting that was arranged to spend exclusively with the person sitting across from you?

Back in the olden days, citizens used to have to go all the way home in order to place or answer a phone call. If your grandfather could do it, so can you.

Maybe I’m old fashioned, but I think it’s common courtesy. When you’re with someone, really be there – even if it’s a friend. Because you can’t expect to make a meaningful connection if you pay more attention to your phone than to your date. And if you do, you may want to get used to the idea that the only connection you’ll be making that evening – and maybe forever – is between your hand and your genitals.

If you didn’t bother reading any of this, then just watch this video (on your phone, if you must):

There’s nothing worse than a date being ruined by the other person being glued to their phone! Find out more about @singlegirlie’s experience here!