Committing to the Search For Love (Part II): Are His Issues Really My Own? by @SoloAt30 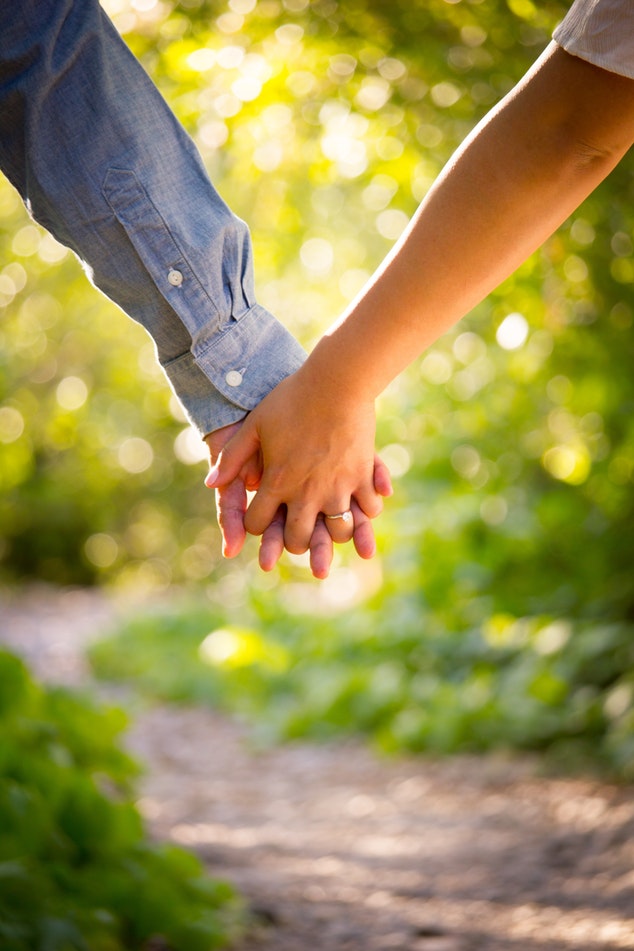 Committing to the Search For Love (Part II): Are His Issues Really My Own? by @SoloAt30

When last I wrote about my deep-seated desire for a genuine, enduring, romantic relationship, I hinted at my hesitancy committing myself further to a man with whom I shared a soul-deep connection that delighted and enthralled me. Since we began dating a little more than a month ago, we’ve literally spent hours exploring each other’s minds, amazed by our similarities and intrigued by the very different paths that led us to the present. A couple weeks back, one marathon discussion meandered across topics like our respective childhoods and upbringings, technology, the future of mankind, and spirituality.

As he pulled me into his powerful embrace, I couldn’t help agreeing that we had conversations unlike any other I’d had before either. The only other ones that came even a little close were when people were under the influence of some mind-altering substance, and even those conversations felt much more them-centered than we-centered.  Speaking eye-to-eye, usually at least some part of his body touching mine, I felt connected to, heard and understood by The Warrior Poet.

So why then was I feeling any kind of pull in the opposite direction? Why was I still responding to emails on dating sites and even going on dates with another guy? The other guy, by the way, didn’t really look at me when I spoke. He seemed less interested in me and more interested in his ridiculous number of musical instruments, his friends’ lives and stories, and figuring out where I, and everyone else, fit on the Meyers-Brigg Personality Type Indicator. He was awkward and handsy, an OCD raw vegan, was obsessed with my looks and spent more time trying to figure out how to get me alone than trying to get to know me. I laughed at him and treated him like frisky puppy.

Eventually I stopped returning his calls, but I continued to analyse why The Warrior Poet continued to put me on guard. Discussing it with a really good male friend of mine, I realised that some of the things I feared were deal-breakers in his personality were really fears of repeating some ugly years of relationships’ past. “This guy sounds truly amazing,” my friend said.

“Are these issues really your issues or things you can somehow work through?”

Damn, he never lets me get off easy with excuses. While there quite are a few red flags in The Warrior Poet’s family history and his friendships with his hometown friend that reflect in his own extremist tendencies, he’s mellowed out and matured a great deal in the last several years, especially more recently. A part of me appreciates that he has lived through some crazy experiences that he’s learned so much from—I was in a long, ridiculously emotional relationship with someone who never quite learned from the lows and continues along the rollercoaster. Yet I worry about the polar opposite to his exuberant, in-love-with-life, natural highs. True, he is in a much better place now than he has ever been. Also, he is strongly motivated, has purpose and direction, and—my friend pointed out—he now has me as his cheerleader and motivational teammate.

For two years, I was in a relationship with Peter Pan, who wished he could be a playboy if only he had the balls. He had a thing for “the best” strip clubs, the raunchiest bachelorette parties, and his friends would send him the most offensive porn on his cell. Almost all of Peter Pan’s friends cheated on their girlfriends or wives. I would ask him sometimes why he thought that was and didn’t he think that reflected poorly on him? He would always just laugh it off, but in the end he was afraid to go to the next level, I think because that would cut off the possibility of other female options.

Another ex was so sexually deviant—in his own words—that he couldn’t get off from normal sex. While I’m not opposed to toys and sex play now and then, he almost always needed something extra, whether it was choking, collars, costume parades, mirrors on the ceiling, porn flicks, voyeurism, or hopes of sex clubs and swinger parties, …or me eating a slice of pizza naked, looking at him with scorn. Lover boy blamed his predilections on the twisted images he constantly watched and the frenzy of casual sex he had once he got out of a loveless marriage followed by a heart-crushing relationship. No matter how sexy he told me I was or how turned on I supposedly made him, it was exhausting and frustrating to go through all the motions after a while. I couldn’t help thinking to myself “Aren’t I enough?”

I think of my exes and the list of reasons why they didn’t last. The Warrior Poet has a code of ethics where he honours and protects his friends and especially women, and will do everything in his power to keep them from harm, including do nothing himself knowingly to hurt them. Yes, he has big goals and ambitions. He has the stable career that he’s committed to being in and moving up in until his retirement, for which he has even more exciting plans (that correspond extremely well with the path I am currently on).

The Warrior Poet shares my wanderlust, my overpowering desire to see the incredible wonders of the world and to always be learning more and deeper about what’s makes up this beautiful planet and what makes up the souls of mankind. He is more than willing to try new things—even hike with me. And I’m going to a crazy, art festival with him next weekend.

I’ve met his closest friends in the area, and we mutually hit it off. Last weekend he met one of my dear friends who gave him the thumbs up. She and Peter Pan immediately intuitively disliked one another. It was important to Warrior Poet and I that there was mutual respect, more so that I liked his group and that he felt comfortable jumping into a group of strangers. He made it sound like their acceptance was a given—anyone who was embraced by him automatically had to be okay by them.

The Warrior Poet has been in strong, long-term relationships in the past. Quality time together is more important that projects accomplished, yet he isn’t codependent. He has his own fascinating hobbies and aspirations. After being single since last summer after a four-year relationship, he is definitely looking for love—with the right person. And after a recent conversation, awkwardly asked by yours truly, exclusivity is a given. I apologised for questioning his character, but after the last seven months of dating ridiculousness, sometimes you just have to ask.

Just the other night, after we watched a film based on the life of the author of one of his favourite childhood books, I began talking about the authors who had inspired me to be a writer. He was rubbing my skin and listening intently. I lost myself for a bit, waxing poetic about the power of words to make others feel understood and heard, and suddenly he pulled me into his arms.

Afterwards he said, “I’m sorry. Just hearing you talk about why you write aroused me so much. I’ve never been aroused by what someone was saying like that before,” he apologised half-heartedly. I grinned.

I’ve never met someone who is so enraptured by my thoughts and ideas. He has told me he wants to read everything I’ve ever written, starting from the very beginning. He wants to hear every song I’ve created. I can’t even begin to describe the warm, budding feeling that spread over me when he said that. My art is such an intimate part of me, and it’s been so long since someone has shown so much genuine interest in my words.

“I’ve never been as turned on by someone’s mind as much as their physical being before,” he’s told me. I nearly melted into a puddle right there.

The other day as we confirming the later plans to get together, I asked, “So do I still get to see you tonight?”

“It would take a natural disaster calibre event to prevent it,” he replied.

His issues or mine, I’m ready and willing to take the plunge and see where I land in the deep waters. Every moment together, every endless conversation—both silly and intellectually mind-blowing—just makes me want to live in the now and leap into further bliss!

The search for love sometimes isn’t all it’s cut out to be…take a look at @SoloAt30’s second installment in her journey here!